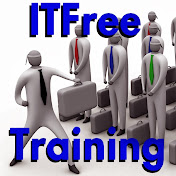 Free IT training aimed at getting you certified.

More courses in this category Networks and infrastructure

Basic of AWS concepts by ExamPro

Hardware for beginner by Ron gilster

This video will look at 9 of the biggest new features in Windows Server 2012. Check out http://itfreetraining.com for more of our always free training videos. Understanding what is available will help decide if Windows Server 2012 is the right choice for you.

Windows Server 2012 licensing is based on the number of CPU's and virtual machines that servers are running. Check out http://YouTube.com/ITFreeTraining or http://itfreetraining.com for more of our always free training videos. This video looks at determining how many Windows Server 2012 licenses you will need and how you can transfer licenses from one server to another server.

Datacenter and standard essentially have the same features as each other, the only real difference between the

Check out http://YouTube.com/ITFreeTraining or http://itfreetraining.com for more of our always free training videos.
This video will look at the 3 different CALs that are available in Windows Server 2012. These are user, device and RDS. This video looks at how many you need in order to make sure your network is compliant and what these CALs allow you to do and not do.

What is a CAL?
A CAL is a Client Access License which is required for a user or computer to use features on a Windows Server, like file shares or printing. Services like unauthenticated internet access do not require a CAL. If you however use a 3rd party system to authenticate users before they connect to the web server you would need to purchase a CAL.

In this video we will show how to perform a clean install of Windows Server 2012 R2 standard edition in a VMWare environment. We'll also provide instruction on installing VMware tools in the new Windows Server 2012 installation. Check out http://YouTube.com/ITFreeTraining or http://itfreetraining.com for more of our always free training videos.

System Requirements
In order to install Windows Server 2012, you require a 1.4Ghz 64bit CPU (32bit CPU's are not supported) 512Megabytes of RAM, and 32Gigabyes of free space. This will be enough to install Windows Server, however this is the bare minimum. For any production system you should have 1 Gigabyte or 2 Gigabytes of RAM at a minimum and more free hard space. Usually anywhere from 50-100 Gigabytes of free space is enough for basic Windows Server installs. The amount of RAM and disk space you require will ultimately be determined by what you are planning to use the serve

Check out http://YouTube.com/ITFreeTraining or http://itfreetraining.com for more of our always free training videos.
This video will look at installing Windows Server 2012 R2 using the core interface. The video will also look at how to configure the install once complete for remote administration. Server Core only provides a command line interface rather than the full graphical interface, but by the end of this video you will see that you can configure almost any part of Windows Server 2012 R2 Server Core from remote.

Demonstration
This demonstration will look at installing Windows Server 2012 R2 with the core interface on a VMWare virtual machine. The procedure is the same if you plan to install it on a physical computer.
1. To start the install, place the Windows Server 2012 R2 DVD in the optical drive. In the case of a physical computer this will involve placing the media in the computer

Windows Server 2012 has a choice of 3 different interfaces. Check out http://itfreetraining.com for more of our always free training videos. These are full, minimal and server core. Minimal is new to Windows Server 2012.This video will look at how to change between the interfaces and what the advantages are of each interface.

Which interface is best?
The full GUI interface supports all the features of Windows Sever 2012. It however uses the most resources on the computer to operate. The advantage is that it should be able to run any software that was designed to run on Windows Server 2012. The minimal interface has the most graphical intensive interface parts of the interface removed. This means it uses less resources, however some graphical based applications can still run. For example, you can still run Server Manager. The server core interface uses the least amount of resources on the computer but supports t

This video looks at some of the planning required for upgrading to Windows Server 2012 or Windows Server 2012 R2. Check out http://itfreetraining.com for more of our always free training videos. Different editions support different features, for this reason when you upgrade an operating system some features may no longer be available. This video also looks at some of the upgrade paths that are available.

When installing roles or features using Server Manager, there is an option to export these settings to a file. Check out http://itfreetraining.com for more of our always free training videos. Using this file, you can install the same roles and features on another server. This video looks at how to make best use of that feature.

Exporting Server Manager Configuration
When installing any role or feature using Server Manager, at the end of the wizard is the option to export the settings to an XML file. This XML file when exported can be read in by another server and thus be used to install the same roles and features on that server. This will only install the roles or features, it does not configure them. For example, there are a number of roles that require post configuration wizards to be run. For example, Active Directory Domain Services, Active Directory Federation Servers and DHCP all ha

This video looks at the virtual hard disk format (VHD and VHDX) used by Windows. What it can achieve and what you need in order to use it.

This video will look at how to create virtual hard disks on Windows Server 2012 R2 using the VHD and VHDX format. The video will also look at how to convert between the different formats. The principles used in this video also apply to client operating system.

This video will look at how you can add roles and features to a VHD file. A VHD file is commonly used when a server is virtualized using a product like Hyper-V. This feature allows you to add a role or feature to the VHD file when the server is not running.

Features on Demand is a new feature in Windows Server 2012 that allows the install files for features to be removed from the operating system. This reduces the size of the operating system. The features can be relocated to a file share or downloaded from Windows Update. This video looks at how to do this and also how much space you can potentially save.

Migration
Migration is the process of moving settings and data between different systems. When you perform an upgrade, you are not able to choose which parts of the server you want to use on the new operating system. You must upgrade the whole server which includes any software on the server. It is not uncommon for problems to start occurring in Windows systems. Often reinstalling the operating system will fix these problems giving the administrator a fresh start. There are also a number of results that migrations can achieve that are not possible with upgrades, these include.
1

This video looks at how multiple network cards can be combined together to form one virtual network card. The examples used in this video are for Windows Server 2012 R2, however the principles apply to other operating systems.

What is NIC Teaming?
NIC Teaming is the process of combining multiple network cards together for performance and redundancy reasons. Microsoft refers to this as NIC teaming, however other vendors may refer to this as bonding, balancing or aggregation. The process is the same regardless which solution is used or what it is called. Software running on the computer will communicate with the virtual network adapter. This virtual network adapter is responsible for distributing the network data between the different network cards in the system.

What is NIC Teaming? (Example)
Let's consider a server with 3 network cards in one NIC team. The operating system will have one virtual networ

MBR and GPT demonstration on Windows

This video will look at how to configure drives to use the GPT and MBR partition tables on Windows 8 and Windows 2012. Check out http://itfreetraining.com for more of our always free training videos. This will be done using the GUI and the command line.

Demonstration Windows 8
1. The disk management tool can be run by itself or as part of computer management. To open computer manager, open Windows Explorer, right click on computer and select the option manage.
2. Disk Management can be found under storage in Computer management. This tool will show you all the drives that are currently connected to that computer and allow you to perform administration on them like creating partitions and formatting.
3. When a new drive is added to Windows, this will appear in Disk Management as not initialized. The process of initializing the drive writes a signature on the drive. This means that if the drive is move