Power and politics by Yale Courses 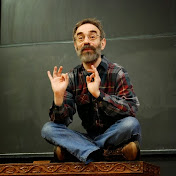 Yales philosophy of teaching and learning begins with the aim of training a broadly based, highly disciplined intellect without specifying in advance how that intellect will be used. The Yale Courses channel provides entry into the core of the University--its classrooms and academic programs--including complete sets of lectures from the Open Yale Courses initiative.

More courses in this category Political

US government and politics by CrashCourse

Lecture 1: Introduction to Power and Politics in Today’s World

Professor Ian Shapiro introduces the class “Power and Politics in Today’s World.”
This course provides an examination of political dynamics and institutions over this past tumultuous quarter century, and the implications of these changes for what comes next. Among the topics covered are the decline of trade unions and enlarged role of business as political forces, changing attitudes towards parties and other political institutions amidst the growth of inequality and middle-class insecurity, the emergence of new forms of authoritarianism, and the character and durability of the unipolar international order that replaced the Cold War.

What led to the dissolution of the Soviet Union, and why did it collapse so peacefully? Prof. Ian Shapiro discusses the events leading up to the fall of the Communist regime and its aftermath, including the rise of "gangster capitalism" in Russia, the transition from President Boris Yeltsin to Vladimir Putin, and why corruption is still so prevalent in Russia today.

Lecture 3: Advent of a Unipolar World: NATO and EU Expansion

In this lecture, Prof. Shapiro walks the audience through the international architecture of the early Post-Cold War world. He first discusses three lenses of thinking about politics (interests, institutions and ideals) and then applies them to guide his students through the first post-Cold war crisis, the role of NATO after the fall of the Soviet Union, the origins and meaning of the Washington Consensus, and the formation and expansion of the EU.

In this lecture, Prof. Shapiro discusses China and Vietnam as the two most successful examples of capitalist authoritarian regimes that have emerged in the post-communist era. He talks about causal drivers of growth in both countries, the reform era in China before the 1989 Tiananmen Square protests, the sequencing debate of political and economic change, on why we should rethink modernization theory and expectations for the future of democracy in China.

Lecture 5: The Resurgent Right in the West

What are the sources and implications of the rise of right wing politics in the West in the late 20th century? Prof. Shapiro discusses how the collapse of communism was (maybe counterintuitively) beneficial to the right, two logics of distributive politics, the median voter theorem, and how interests, institutions and ideals influence individual's ideas of fairness in politics. He then discusses the implications of the rise of the right in two-party versus multiparty systems.

In this lecture, Prof. Shapiro revisits the psychology of distributive politics that he had introduced in lecture 5 to walk the audience through the logic of absolute versus relative gains, Loss Aversion, Endowment effect, and Prospect Theory. He uses these concepts to help us better understand the evolution and importance of unions in the US and Europe, Left and Center Parties and distributive politics in two-party versus multiparty systems, questioning the idea that multiparty systems are more redistributive in today’s world.

Why was the estate tax, which is paid by only the wealthiest two percent of Americans, repealed in 2001 with broad bipartisan support? Prof. Shapiro unravels this puzzle in this lecture by going over the origins of the anti-tax movement, the logic of referendum politics, and 1994 as a pivot point. He then hones in on the estate tax repeal as a case study, discusses tax cuts and the Republican coalition and how far the goalposts have shifted for today's U.S. tax politics.

What is privatization and what are its consequences? In this lecture, Prof. Shapiro helps us to answer these two questions. He maps out varieties of privatization, revisits Neoliberalism

In this lecture, Prof. Shapiro discusses the privatization of two core government functions, providing military and prisons. He talks about host nation trucking in Afghanistan and provides background on the emergence of U.S. private prisons before he draws useful comparisons between the military and prison industries on how we should think about the consequences of privatization in both areas.

In this lecture, Professor Shapiro discusses supply of and demand for money in politics. He provides an overview of myths and realities on courts in American politics, discusses the first amendment since Buckley v. Valeo, the importance of the changing media context, and finally the demand for money in an area of weak parties.

How do we get democracies, and how do we keep them? Prof. Ian Shapiro leads the audience through the four waves of democratization and discusses four types of democratic transitions. He then talks about the dynamics of negotiated settlements and their likelihood of success, failure and inclusiveness by using South Africa, Northern Ireland and the Middle East as examples.

What role did the business sector play for the end of Apartheid in South Africa? Prof. Ian Shapiro discusses business and the backstory of South Africa's transition, revisits modernization theory and business attitudes to authoritarianism and democracy; and provides an overview of South Africa before, during and after the transition.

Lecture 13: The International Criminal Court and the Responsibility to Protect

In this lecture, Prof. Ian Shapiro provides an international law background on non-intervention; discusses what the ICC and R2P are, and how radical they were for a refashioning of the legal and political order; as well as goes over the roles played by interest, institutions and ideas in the establishment of the ICC and R2P.

In this lecture, Prof. Ian Shapiro goes over what was (and is) the Global War on Terror and how radical an innovation it was. He then discusses what it meant for the emerging post-Cold War international order as well as what were the paths not taken.

Lecture 15: Demise of the Neoconservative Dream From Afghanistan to Iraq

In this lecture, Prof. Ian Shapiro discusses when the End of History ended for the US and the Neoconservative Dream as well as provides a background to Iraq since 1991, and the costs of the Iraq war.

How and why did NATO's intervention in Libya happen? Prof. Ian Shapiro discusses the origins of this and its implications for the prospects for Humanitarian Intervention, the stability and future shape Middle East and the ability of the US to be a force for good internationally.

In this lecture, Christina Seyfried, Ph.D. Candidate in Political Science at Yale, provides a historical overview on Chinese engagement in Africa since the beginning of the Cold War, engages with key questions arising from the relationship and suggests how to think about African bargaining power with China in light of global economic and political changes over the past two decades.

In this lecture, Prof. Shapiro discusses the financial crisis of 2008 and subsequent choices in historical perspective, three perspectives on regulation and missed opportunities.

Lecture 20: Fallout: The Housing Crisis and its Aftermath

In this lecture, Professor Shapiro discusses what produced the subprime mortgage crisis, what the results were and what the lessons are for today.